While Newton stayed home, during the outbreak of the plague, he discovered (invented?) calculus, gravity, and optics laws. Being in lockdown myself, I decided to stand on the shoulders of the giant Newton and sketch the answer to a burning question, “Do you know anyone who became seriously ill with Covid-19?” I don’t know where you come from, but this question has often been asked by conspiracists here in Greece (always in a rhetorical manner).

For fun, I constructed dozens of toy models of social networks with different topologies (Barabási – Albert, Watts – Strogatz, Price, and random), with various parameterizations. The blue line in the following plot is the percentage of people in the network infected with Covid-19. The orange line represents the percentage of people who heard that some friend of theirs has become ill with Covid-19. Even with favorable assumptions about the transmission of the virus (and, therefore, its message), the vast majority of plots had a tail at their origin. 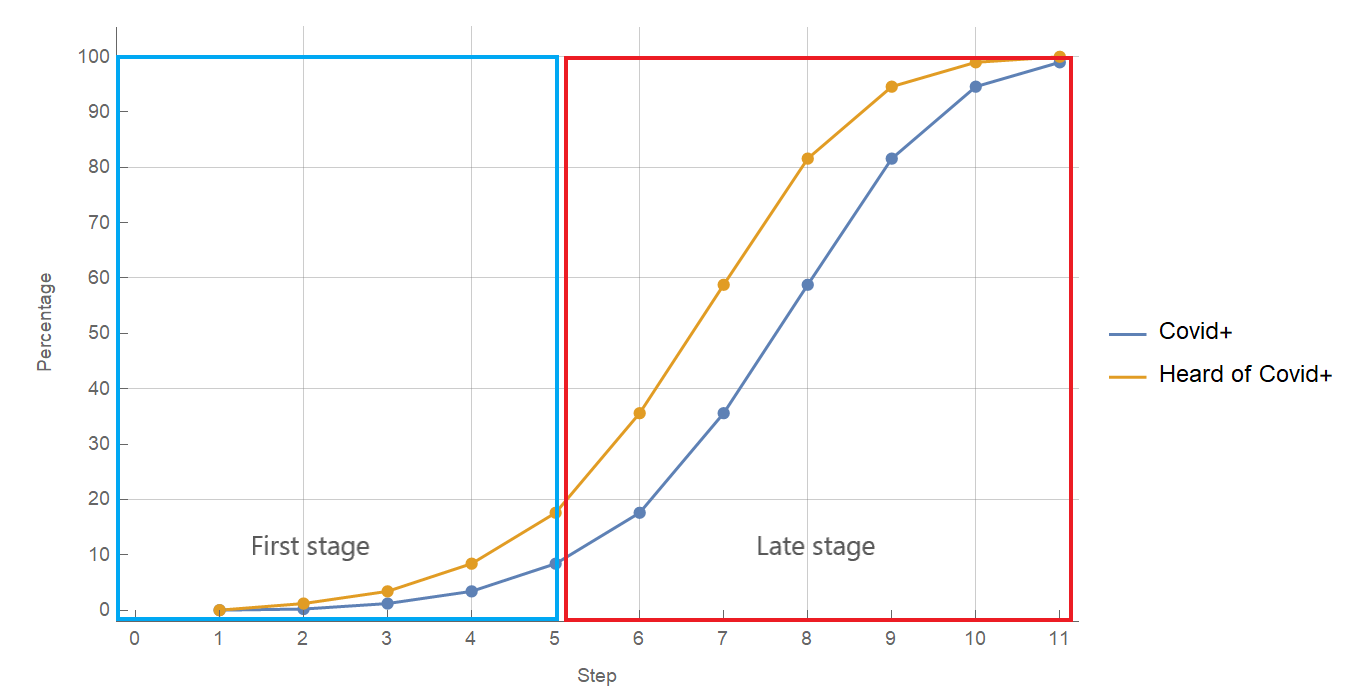 This reflects the fact that initially, the disease has a low prevalence in the general population and that most people have relatively few acquaintances. Some have an intermediate number and just a tiny fraction many. For people to have heard of some of their friends being ill during the first stage of the pandemic, either the disease should have had a very high prevalence from day 1, or the social network should have been exceptionally densely connected (in the limit case, everyone being friends with anyone). Just like the following complete graph: 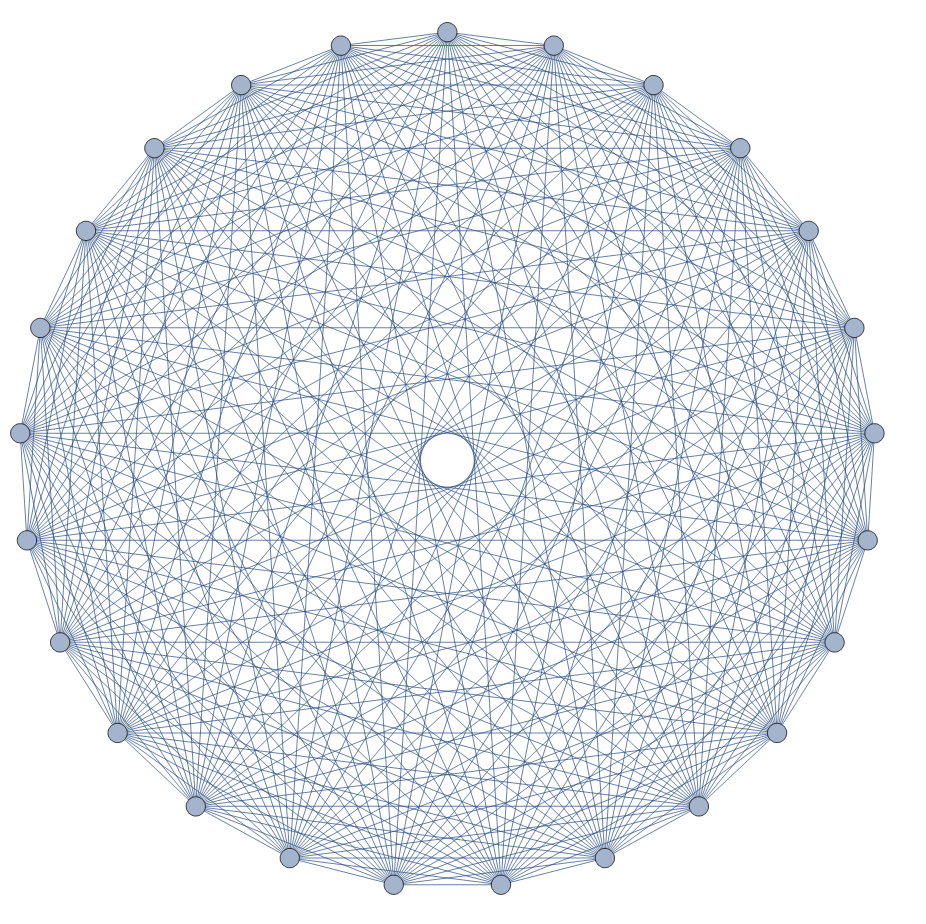 However, real social netowrks are more likely to resemble the following topologies: 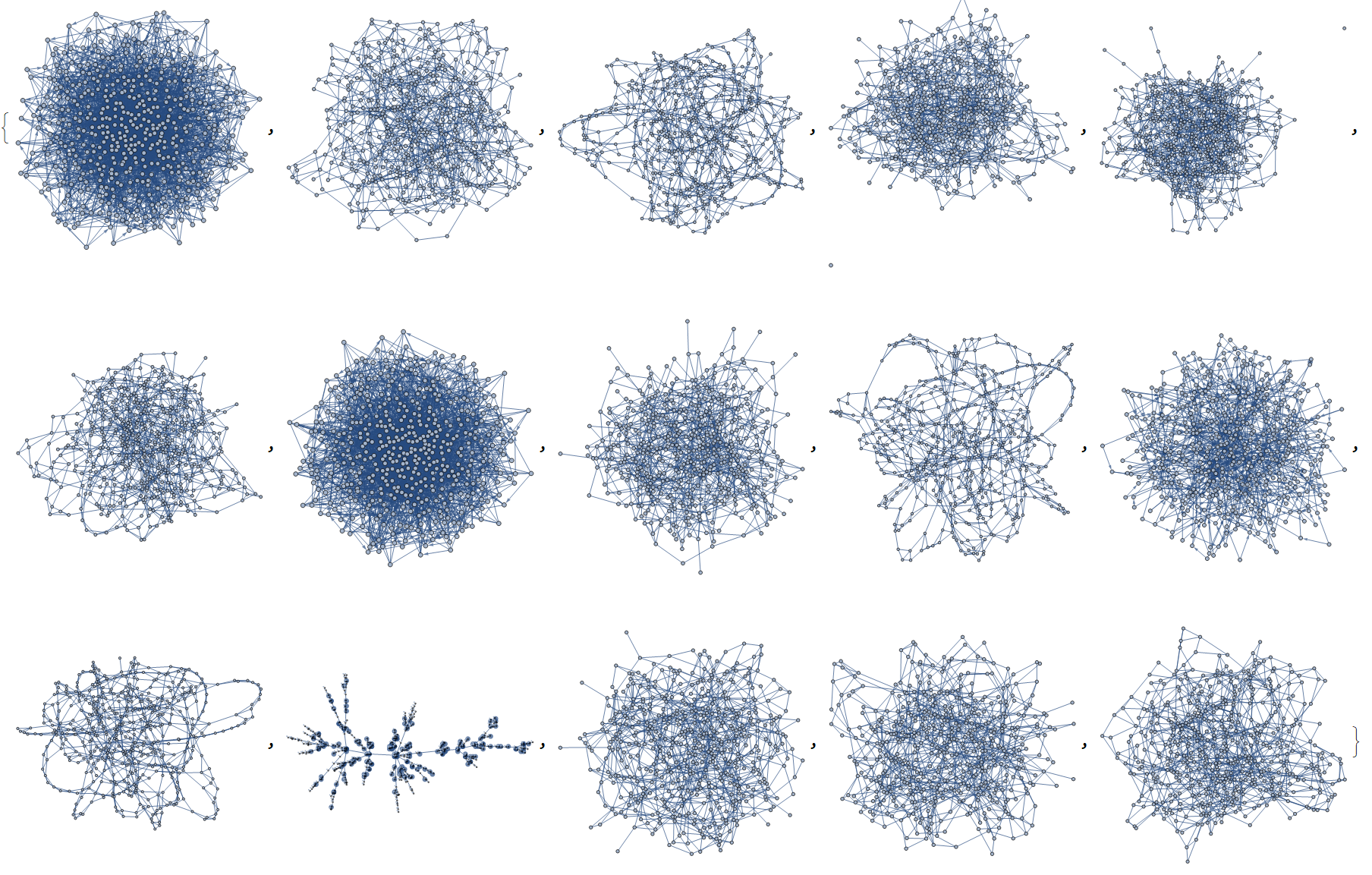 And here you can see the transmission of the virus in a sample network: 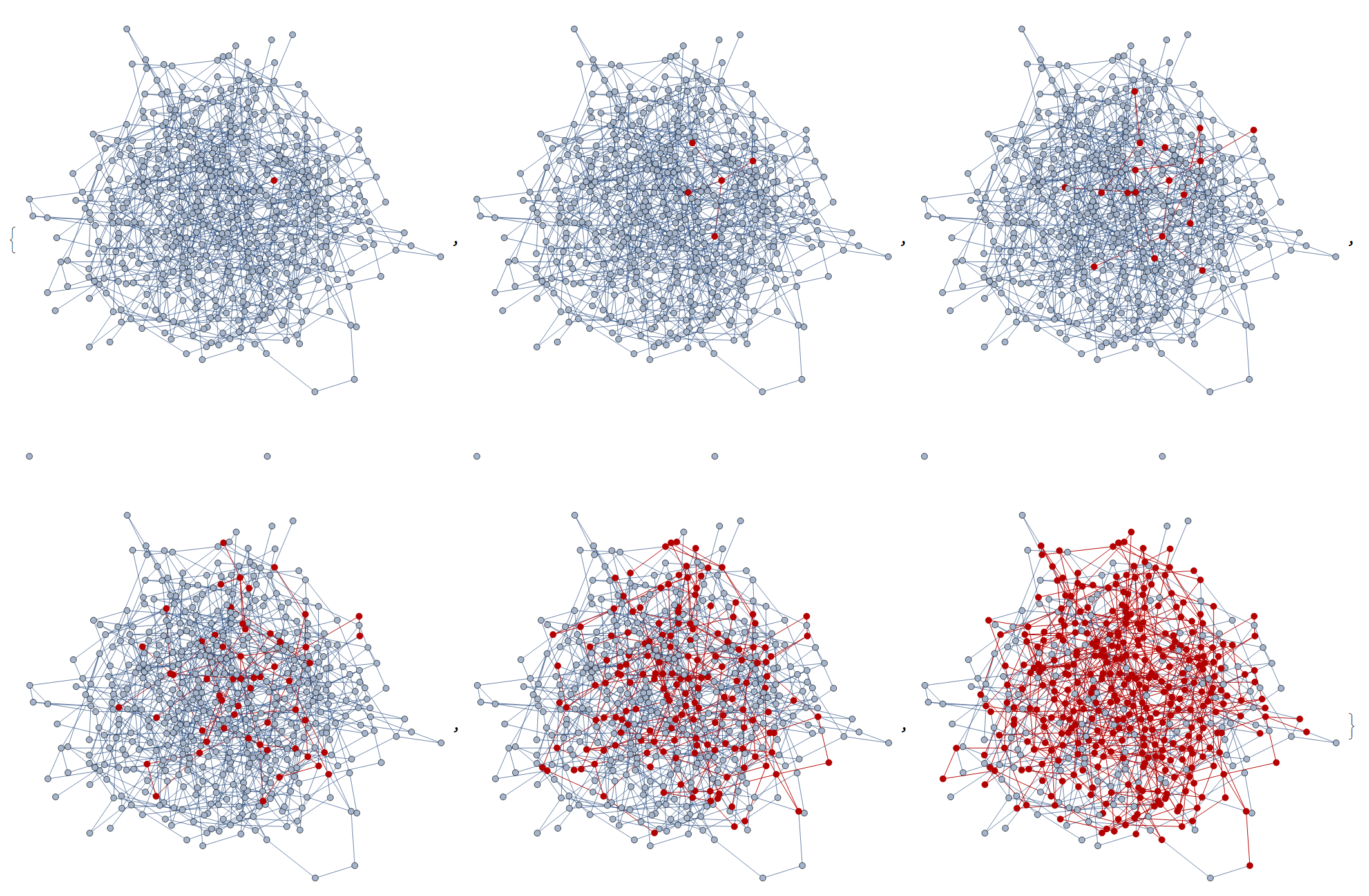 Epimyth (not to be taken too seriously): If you haven’t heard of any of your acquaintances being seriously ill with Covid-19 at the start of the pandemic, it’s because there weren’t many cases. If, as the days pass by, you still don’t hear of anyone, it’s because you don’t have any friends :P